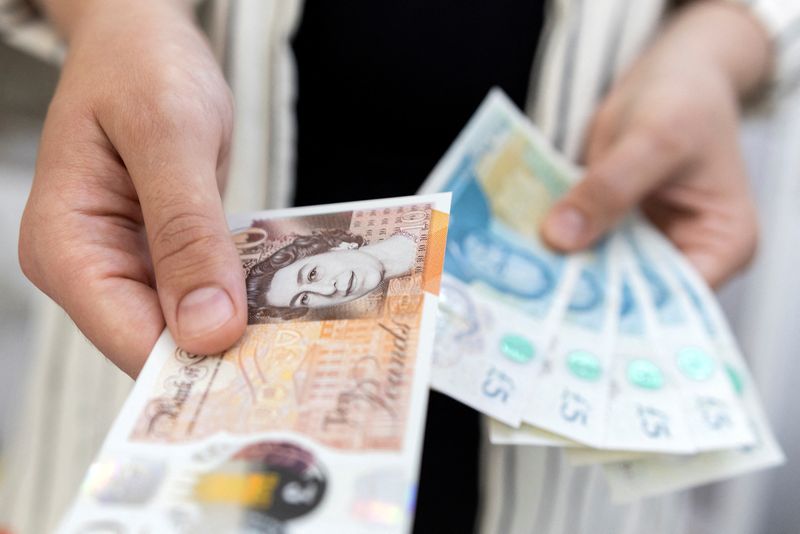 By Andy Bruce and William Schomberg

LONDON (Reuters) -Britain’s economy rebounded in October a little more strongly than expected from September when output was affected by a one-off public holiday to mark the funeral of Queen Elizabeth, but a recession remained on the cards, official data showed on Monday.

A Reuters poll of economists had pointed to a 0.4% bounce-back.

The figures are unlikely to change the view among investors and analysts that Britain’s economy faces a bleak 2023. British financial markets showed no reaction to the figures.

“Despite October’s growth, it would take a significant turnaround in policymaking and/or global conditions to change the downward British economic trajectory,” George Lagarias, chief economist at auditing form Mazars, said.

Responding to the data, finance minister Jeremy Hunt said there was a “tough road” ahead.

“Like the rest of Europe, we are not immune from the aftershocks of COVID-19, Putin’s war and high global gas prices,” he said.

In the three months to October, Britain’s economy shrank by 0.3%, a smaller fall than a median forecast for a 0.4% contraction in the Reuters poll but the biggest drop since early 2021 when the country was under tight coronavirus restrictions.

The Bank of England – which looks set to raise interest rates for a ninth meeting in a row on Thursday to contain the risks from an inflation rate above 11% – said last month that Britain’s economy looked set for a two-year recession if interest rates rose as much as investors had been pricing.

Even without further rate hikes, the economy would shrink in five of the six quarters until the end of 2023, it said.

The ONS said the economy in October was 0.4% larger than before the pandemic set in.

The ONS said consumption of electricity and gas was the biggest drag on economic growth in October, which was the seventh-warmest on record, according to the Met Office.

“The estimated drop may also indicate some changes in consumer behaviour in response to recent energy price rises,” the ONS said.

An increase in COVID-19 vaccinations in October added 0.1 percentage points to the monthly increase in GDP.