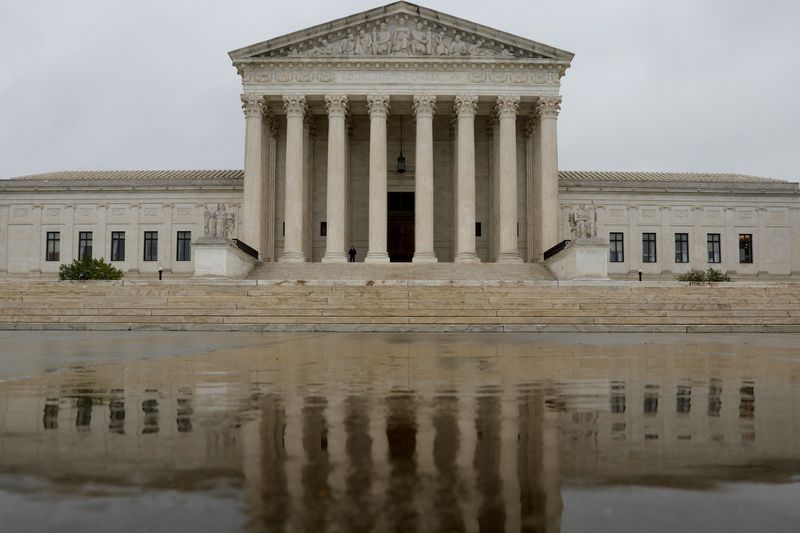 © Reuters. FILE PHOTO: A general view of the U.S. Supreme Court building in the rain the day before the start of the court’s new term in Washington, U.S. October 2, 2022. REUTERS/Jonathan Ernst

(Reuters) – The U.S. Supreme Court on Monday cleared the way for California to enforce a voter-approved ban in America’s most-populous state on flavored tobacco products, rejecting R.J. Reynolds Tobacco Company’s bid to block it on the grounds that the policy conflicted with federal law.

The justices denied the emergency request by R.J. Reynolds, a unit of British American Tobacco (NYSE:), and other plaintiffs to put on hold the ban on selling all flavored tobacco products in the state – including for vaping – that was overwhelmingly endorsed in a ballot initiative on Nov. 8.