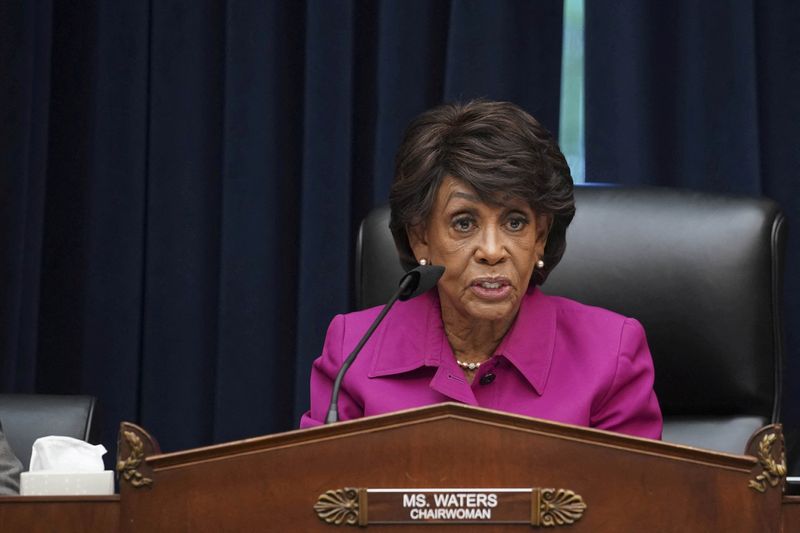 (Reuters) – House Financial Services Committee Chairwoman Maxine Waters (NYSE:) told Reuters on Thursday that she is prepared to subpoena FTX founder Sam Bankman-Fried, if he does not agree to appear before the panel next week, and she is working out the best way to do it.

“We’ve made it clear that we want Sam at our hearing on Dec. 13. If he does not cooperate, then we are prepared to subpoena,” Waters said in an interview in the U.S. Capitol.

Regulators around the globe, including in the Bahamas where FTX is based and in the United States, are investigating the role of FTX’s top executives including Bankman-Fried in the firm’s stunning collapse, Reuters has previously reported. The crypto exchange filed for bankruptcy last month after a liquidity crisis that saw at least $1 billion of customer funds vanish.

Prosecutors and regulators have not charged Bankman-Fried with any crime.

Waters said she has the authority to issue a subpoena herself but could put it to a committee vote, adding she would first work out the procedure with Representative Patrick McHenry, the Republican lawmaker who will chair the panel when his party assumes control of the House in January. She said no decision has been made so far. “I could really do it myself. We’d probably do a vote,” she said. “I have to work it out with Mr. McHenry how we do it. But we will issue a subpoena.”

“Either he participates or not. And that’s when we make our decision,” Waters said. “It’s only proper and right, and makes good sense, to say we want you here.”

She declined to say whether Bankman-Fried would be required to appear in person or could testify by video link.