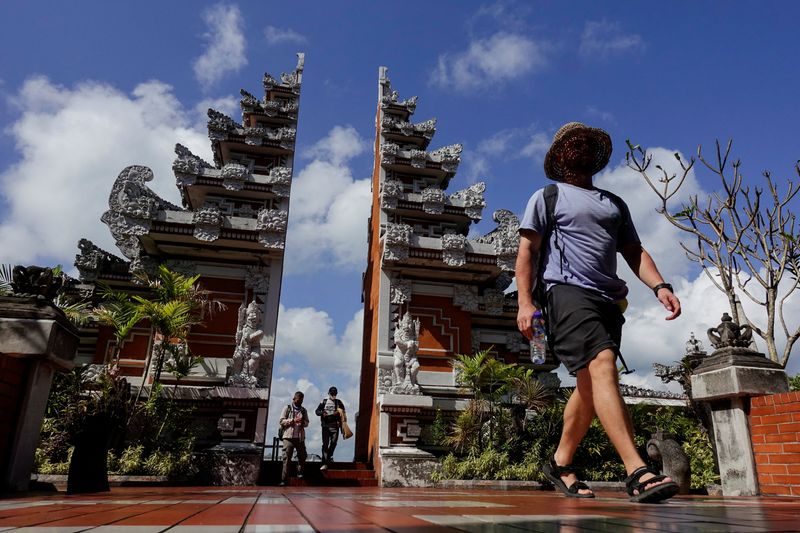 KUTA, Indonesia (Reuters) – Indonesia’s decision to outlaw cohabitation and sex outside of marriage may hurt the tourism industry in Bali, travelers and businesses said, just as the island destination gets back on its feet after the COVID pandemic.

In an overhaul of its criminal code that critics have called a step backwards for the world’s third-largest democracy, Indonesia this week introduced a host of laws, including banning insulting state institutions and spreading views counter to the country’s secular ideology, in addition to morality clauses.

Travelers (NYSE:) and businesses warned the new laws could deter foreigners from visiting or investing in Indonesia.

“If I can’t stay with my girlfriend in a hotel together, I’d think twice about it,” said Wu Bingnan, a 21-year-old tourist from China who was visiting Bali.

Changes to the criminal code will only come into force in three years’ time, but Maulana Yusran, deputy chief of Indonesia’s tourism industry board, has said the new rules were “totally counter-productive”.

Others sought to calm fears of a morality-related crackdown in Indonesia, a nation of 17,000 islands where citizens are predominantly moderate Muslim.

“The regulation just makes it clearer than what we have at the moment, that only certain people have the right to lodge a complaint. (As hotel operators) we are not worried and don’t feel that it will impact our business,” said Arie Ermawati, manager of Bali’s Oberoi Hotel.

Currently, Indonesia bans adultery but not premarital sex. The new criminal code says such activity can only be reported by limited parties, such as a spouse, parent or child.

Foreign arrivals in Bali are expected to reach pre-pandemic levels of 6 million by 2025, the tourism association said previously.