“A forecast is a prediction; we’re saying what we think will happen. A scenario is different . . . it generally looks much further out and is trying to build a picture of the future in extreme uncertainty.” — Seb Henbest

It is impossible to predict the future without some level of uncertainty. When we make investment decisions about assets with multi-decade horizons, our forecasts will ultimately break down. But while we do not know what the 2050s will bring, we can envision pathways that provide reasonable variations of what that future may look like. For investment managers, prioritizing one scenario over all others can have far-reaching consequences.

This is especially true when it comes to the net-zero energy transition.

There are multiple, equally valid pathways through the transition, all with different technology mixes and varied time horizons. Hence, a simple discounting of cash flows in a somewhat predictable “economic” scenario — with rational actors reacting to techno-economic considerations and the policies that are likely to be enacted — is not necessarily viable. Energy investors must consider various outcomes since the outcomes are, well, so various.

Research providers, think tanks, sell-side analysts, and industry groups all compete for investors’ attention. Their goal is to either win our business or influence our decision making. Their base case often depends on their background.

Those with histories in oil price assessment or renewable energy modeling could be prone to availability or anchoring bias. Many big energy players with high exposure to an abrupt net-zero transition construct their own scenarios, often guided by their own agendas. Gas transmission system operators (TSOs) and their industry groups envision a bright future for their stakeholders, whether through extended use of natural gas or rapid shifts to hydrogen. For example, Shell’s “Energy Transformation Scenarios” — Sky 1.5, Waves and Islands — attracted a lot of attention: Its Sky 1.5 pathway assumes a larger role for oil and gas than forecasts issued by the Intergovernmental Panel on Climate Change (IPCC) and other such bodies. How hydrogen will fit into the energy mix of a climate-neutral Germany is also much discussed, but there is no consensus on how large a role it will play or from where it will be sourced.

Given the abundance of organizations promoting their own scenarios, investors need to approach them cautiously. We recommend a three-step assessment process:

There are other things to keep in mind. Social factors may drive higher emissions scenarios. Rising energy costs could impact spending on heating, transport, and food. By increasing the cost burden on the low- to middle-income population, such “greenflation” could lead to widespread political and social unrest. Policymakers might be pressured to subsidize fossil fuel consumption. This has already occurred in Latin America, Africa, and Southeast Asia and constitutes a potential headwind that could delay our eventual exit from fossil fuels.

Of course, the tailwinds driving us away from traditional fuel sources may be even more powerful. Shock events have strained supply chains, and volatile fuel prices encourage calls for a renewable path to energy independence. Climate change–related risks are top of mind for much of the population, and as climate-related crises grow ever more severe, popular support for sustainability should translate into public policies that help propel the world towards a 2050 net-zero scenario.

In addition to policy developments, transformative technological innovations are also possible. Indeed, small modular nuclear reactors may deploy faster than expected or the costs of hydrogen from electrolysis could fall below $2 per kilogram earlier than anticipated.

Some investors might be tempted to allocate based on their economic case and assume no significant technological or policy shifts. But they have to consider the possibility that these investments could become stranded and prepare accordingly — to either take the hit or extract sufficient value beforehand.

Alternatively, some investments may transition themselves. Carbon assets have transition potential, provided they have a future in a hydrogen-based fuel scenario or can be retrofitted for carbon capture and storage (CCS). Both paths could contribute to achieving net-zero by 2050. But will they? We don’t know. There is too much uncertainty around the ultimate cost and effectiveness of transitioning such assets, especially when they could be displaced by lower-cost technology.

The most prudent approach, then, may be to focus on no-regret assets. These will likely perform across all the most viable pathways of the energy transition: More renewables, more short-term and long-term storage, a stronger grid, heat pumps, and district heating should all be central to a carbon-free future.

When faced with such critical decisions, we need to explore scenarios beyond our economic base case. We cannot assume rationality among all actors: The transition to net-zero won’t be smooth. There will be periods of slow progress, potentially followed by abrupt changes in the face of extreme weather events, technological advancements, political upheaval, pandemics, or other developments.

It is important to plan for the future, so we need to be smart, careful, and deliberate about which future we choose. 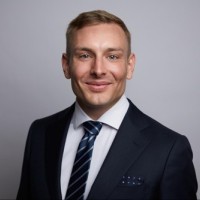 Florian Forster, CFA, works at an energy infrastructure fund manager. His background is in energy and finance, having worked as a chemical engineer, in LNG shipping, renewables structuring, portfolio management and origination, and management consulting in energy and private equity practices. He is a chartered financial analyst and holds a master’s degree in chemical engineering. 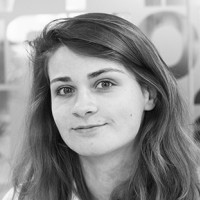 Olivia Fatkin-Kane works for a financial services communications consultancy based in the City of London. She holds the certificate in Sustainability and Climate Risk (SCR) offered by the Global Association of Risk Professionals (GARP) and a certificate in green and sustainable finance from the Chartered Banker Institute.