Ever youthful pop sensation, Nick Carter has divulged the full extent of his support for 24/7 sporting metaverse, SimWin. As such, he will take the helm of one of its celebrity-managed American football teams as it launches this summer. To this end, Nick has acquired the services of the Tampa Bay Bullsharks as he prepares to show his mettle against some of the biggest names in sports.

The plucky musician will battle the likes of Jerry Rice, Marshall Faulk and LaMelo Ball in a non-stop, action-packed game of tactical nous, skill and perseverance, all with the end goal of becoming a powerhouse in the SimWin arena!

“I’m very excited to finally share the news about acquiring the Tampa Bay Bullsharks and investing with SimWin Sports. The metaverse is the future of entertainment, and SimWin Sports is truly pioneering this space.” – Nick Carter – The Backstreet Boys

An Opportunity for Everyone

Not just another pretty virtual world, SimWin offers a highly immersive sporting experience featuring multiple potential revenue streams. From high powered investors pulling the strings of the platform’s many professional teams, to managing the individual NFT players, nurturing them to superstardom and beyond. Or, following the form and intricate subtleties of the game to win big in the betting arena. Everyone has their part to play in the wild and wonderful SimWin metaverse.

Kicking off the incredible new NFT opportunity this summer, SimWin will launch in an American Football-style spectacle, followed later by additional sporting competitions, with basketball making its mark later in the year. Regardless of the chosen sport, heroes will be forged in the playing arena, and legends will live on the blockchain forever. 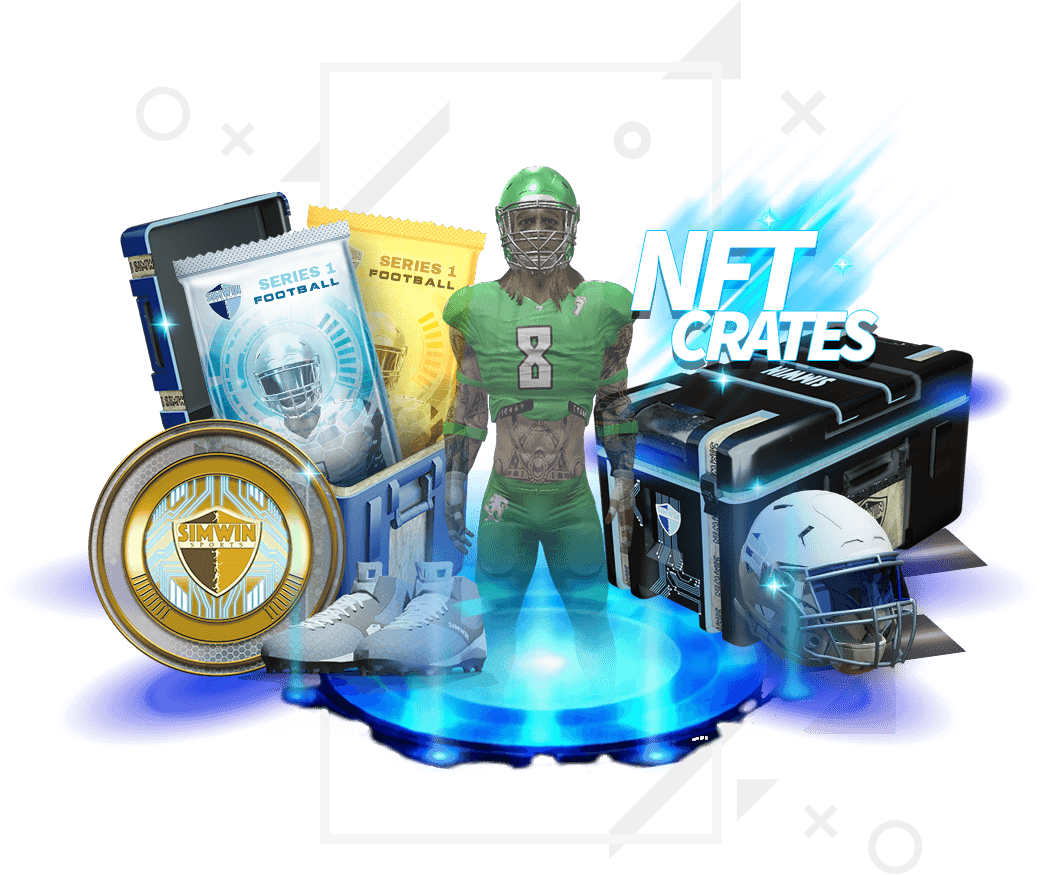 From Pop Legend to Sporting Magnate

Nick Carter was a key component of legendary vocal quintet, the Backstreet Boys, before engaging in a highly successful solo career. Now however, Nick will take the role of sports magnate in the first-of-its-kind, non-stop, non-fungible high stakes sporting realm, SimWin. So, join Nick on this exceptional non-fungible thrill ride, and help him lead the team to eternal glory!

Get ready for the SimWin revolution >> Here

Welcome to another round of The Music NFT Show! This week, we are back with Podcast Episode 8! This is our very first podcast show in collaboration with the incredible J.Thorn, a cutting-edge author, musician and podcaster, with a finger on the pulse of everything cool in music and NFTs.

J.Thorn along with his talented daughter Q, discusses a variety of music NFT news and topics. Q hosts the weekly artist spotlight and shows you what’s hip and trending in music NFTs.

So, grab your headphones and tune in for some epic beats and chats on the latest updates in Web3 music! Check out the summary notes below of this week’s Episode 8, and have a listen!

Bolero Music – “Bolero Music is a blockchain-based platform that lets you invest in music through tokens & NFTs, to bring artists and fans closer together. Our philosophy is to democratise blockchain by giving fans skin in the game, as well as creating a new, recurrent revenue stream for creators. We allow artists to generate a new class of income while building a new decentralised membership for their fans.”

Onlymusix – “We want to give you the opportunity to realize your NFT projects in the safest and easiest way possible! You can also contact us for artistic, record or marketing advice.”

Ooh La La – “Ooh La La is a borderless (and free!) music NFT player & aggregator, powered by SpiderVille, with a mission to create a more sustainable & fun environment for artists and fans by improving the experience for music NFTs and onboarding new users.”

Thanks for listening to the Music NFT Show. Make sure you go to MusicNFTShow.com to get your free VIP backstage pass to our exclusive community!

Got news? Submit news stories or recommend artists for the Artist Spotlight by tweeting @JThorn_ or using the hashtag #musicnftshow

[Please note: Some of the links are affiliate links which means our generous host JThorn makes a small percentage of a sale if you buy through the link. Everything he recommends he uses it himself, and only recommends those he trusts. However, you can always Google them if you don’t want to use his links. LFG!]

Pre-eminent disc spinner to the stars, DJ Whoo Kid, has signed a lucrative deal with NFT Drop LLC to bring his latest NEO NEO range of clothing and accessories to the non-fungible realm.

Through the deal, the masterful disc jockey will expand his horizons into the metaverse by pairing up the clothing and jewellery from his new NEO NEO merchandising line with digital NFT equivalents. Thereby, providing a welcome boost to his fan engagement opportunities and forming a presence in the metaverse.

This new non-fungible endeavour will work in partnership with newly launched platform, NFT Drop LLC. An intriguing new Web3 start up with a core focus on producing tangible NFT memorabilia. In a nutshell, NFT components backed by real world items and providing utility in both realms. The new line of exciting collectibles will arrive on the market throughout July and August. However, details of compatible metaverses are not confirmed.

DJ Whoo Kid has made a notable name for himself with partnerships with some of the biggest celebrities in the world. As such, rubbing collaborative shoulders with Snoop Dogg, Mike Tyson, Eminem and many more, while also remaining one of the few people on the planet who has DJ’d for world ambassador, Nelson Mandela!

The recent Op3n conference at NFT NYC saw hardware wallet pioneer Ledger announce that it will be launching its own NFT marketplace and Web3 services platform for businesses to leverage. As of now, brands such as Tag Heuer, DeadFellaz, and Brick/Babylon have stated their intent to offer their assets on the marketplace.

According to the company’s CEO Pascal Gauthier, the aim of the software-infused venture is to support brands and artists throughout the entirety of their NFT journeys, from manufacturing, to minting, to distribution. As expected from Ledger, the platform will be built with security and transparency at its forefront.

With regards to the upcoming Web3 services platform by Ledger, it will be dubbed ‘Ledger Enterprise Create,’ and will serve as a platform for companies and creators to build Web3 projects on whilst enjoying complete creative control.

All in all, the company has stated that such ventures come as part of its responsibility to educate its two million daily active users on the array of next-generation technology that is available to them. Through abiding to such ethos, the company is also launching a Web3 game called Ledger Quest, which will teach players how to earn money using NFTs, as well as Ledger Academy, which’ll be a platform for users to learn more about blockchain technology and security.

LG buys its way into the EV charging business

Cold case: The FBI might be lobbying to stay in D.C., but failing Hoover Building presents complications

This kind of rally is so endemic to a bear market: Renaissance Macro's Jeff deGraaf

Abstinence; let's talk about it | The Unpopular Opinion

Jim Cramer: Oil is suddenly in a bear market