Griner back in U.S. in ‘good spirits’ as Russia’s Bout lands in Moscow By Reuters 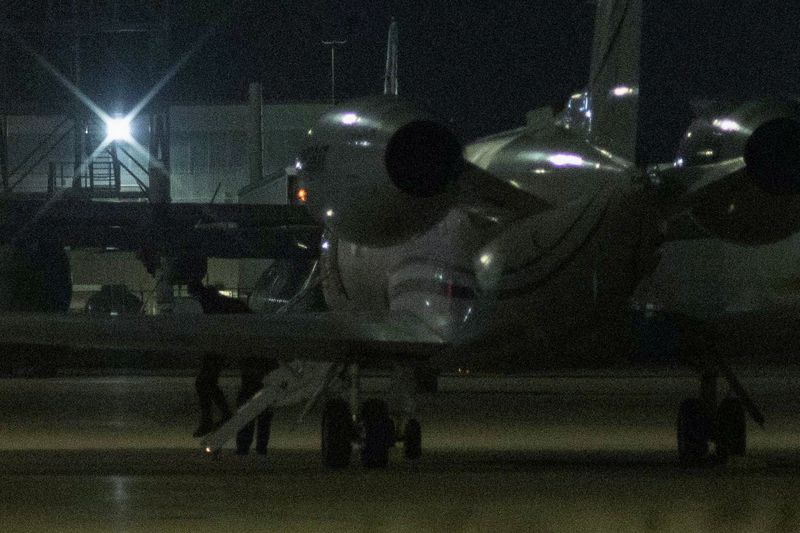 WASHINGTON (Reuters) -Basketball star Brittney Griner landed in the United States on Friday after 10 months in Russian detention following a prisoner swap with arms dealer Viktor Bout who flew home hours earlier to embrace his family on the airport tarmac in Moscow.

“They say she’s in very good spirits, appears to be in good health,” White House spokesman John Kirby (NYSE:) told MSNBC in an interview citing U.S. officials on the ground in San Antonio, Texas, where she arrived just before dawn.

Securing Thursday’s swap, after months of painstaking negotiations, was a rare instance of U.S.-Russian cooperation after Moscow’s invasion of Ukraine, although the Kremlin was quick to say it did not show improving relations.

Russia’s state media trumpeted the swap as a win for Moscow, after the release of a man who the U.S. Department of Justice has described as one of the world’s most prolific arms dealers who had sold weapons across the globe to terrorists and America’s enemies for decades. Bout always denied the charges.

U.S. President Joe Biden, in announcing her release on Thursday, said the swap ended what he described as months of “hell” for Griner, 32, a two-time Olympic gold medalist and star of the Women’s National Basketball Association’s Phoenix Mercury.

“So happy to have Brittney back on U.S. soil. Welcome home BG!,” U.S. Special Presidential Envoy Roger Carstens, the chief U.S. hostage coordinator, said in a post on Twitter.

WNBA Commissioner Cathy Engelbert, in a CNN interview, credited U.S. negotiators, adding: “Brittney really deserves to be home. She was wrongfully detained and we’re happy that she’s reuniting with her family today.”

Griner, who flew into San Antonio before dawn on Friday, had been arrested on Feb. 17 at a Moscow airport after vape cartridges containing cannabis oil, which is banned in Russia, were found in her luggage.

As Griner flew back home, Bout arrived in Moscow and hugged his mother and wife after stepping on to the tarmac, television images showed.

He said it was difficult to describe his feelings in an interview with the state-run news outlet RT. He also said he had not encountered much anti-Russian sentiment during his imprisonment in the United States.

Bout rejected the idea that Russia got the best of the exchange or that it had made Biden look “weak”.

“I wouldn’t draw such a conclusion … I’m pretty sure that neither our leadership, nor any other, thinks in such notions – whether you are weak or not,” he said.

Biden personally tracked the negotiations closely but it was only in recent weeks that he made the “very painful” decision to provide clemency to Bout to get the swap done, a senior U.S. official told reporters on Thursday.

Griner is now headed to Brooke Army Medical Center at Fort Sam Houston, Texas, for an evaluation, Kirby told MSNBC. Her family has asked for privacy as she transitions back home.

Griner, who had been detained in Russia since a week before the invasion of Ukraine, traveled from a Russian penal colony to Moscow, then to Abu Dhabi airport in the United Arab Emirates where the exchange took place, with the two walking past each other on the tarmac, U.S. officials said.

“The talks were exclusively on the topic of the exchange. It’s probably wrong to draw any hypothetical conclusions that this may be a step towards overcoming the crisis in bilateral relations,” he said.

The White House has said this week’s prisoner exchange does not not change Washington’s support for Ukrainians following Russia’s February invasion, which Moscow calls a “special military operation” to “denazify” and disarm its neighbour.