Based in Singapore, Fellaz is the metaverse entertainment and media group to both produce and distribute metaverse-native content. Fellaz plans to produce original metaverse-native IP while onboarding existing mainstream IP ranging from music by major labels, independent artists, and global pop stars to drama and film content as part of its metaverse ecosystem.

Meanwhile, Fellaz launched Fellaz.xyz, a multichain Web3 entertainment ecosystem, to combine the metaverse ecosystem with the blockchain. Fellaz.xyz not only specializes in the production and distribution of original Web3 content and asset, serving as a hub for musicians, digital artists, and the like entering the Web3 space, but it is also building a technical infrastructure to help fans transition to the Web3 fandom ecosystem, rewarding and involving the fans as stakeholders within their fandom communities.

Fellaz is currently collaborating with Fantagio, a KOSDAQ-listed company and a comprehensive entertainment and content powerhouse, to launch its first metaverse-native virtual idol with a storyline of a cat that becomes a humanoid K-pop star. The sneak peeks of this potential star are scheduled to be unveiled for the first time in June.

EMP Emotion Capture is an industry leader in the field of motion capture and digital visual effects in Korea. The company has worked with major music labels creating virtual avatars for K-pop girl groups including Itzy and Aespa, as well as providing game graphic services and designing emotes for games like PUBG’s Battlegrounds.

Based on this partnership and strategic investment, EMP Emotion Capture plans to focus on developing new technologies and business expansion while Fellaz plans to utilize the variety of services and technology that EMP Emotion Capture offers to continue to introduce brand new metaverse-native IPs and accelerate the onboarding of mainstream entertainment IP to the metaverse ecosystem.

Bobby Bhatia, CEO of Fellaz, commented, “I am delighted to be able to collaborate closely with EMP Emotion Capture. They offer the highest level of motion capture and visual effects technology in Korea and, based on this strategic investment, we will do our best to actively utilize their technology and know-how to produce better content while successfully onboarding new business partners to our metaverse ecosystem.” 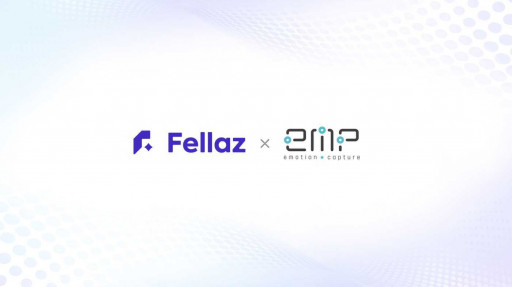 This content was issued through the press release distribution service at Newswire.com.

Don’t Miss Out On The Metaverse: Introducing Apecoin (APE) and FIREPIN Token (FRPN) 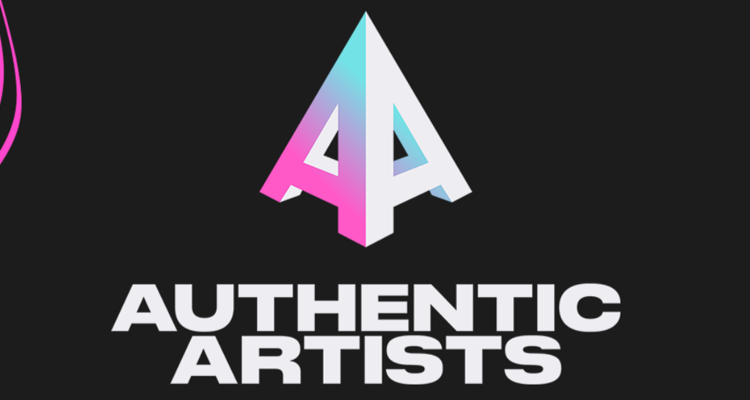 San Francisco-based startup Authentic Artists has closed a strategic funding round. Warner Music and Crush Music were among the participants.

Authentic Artists says the funding round will help accelerate the development of its AI-driven metaverse music platform. The web3 company is also looking to build its WarpSound music brand and onboarding market-making partners like Warner Music and Crush Ventures.

“We love revolutionary brands, and WarpSound is one of them,” says RTFKT Co-Founder Steven Vasilev. “My Co-Founders and I are excited to join the Authentic Artists team on their journey as they create the sound of the metaverse and ignite new music culture.”

“WMG is focused on harnessing the tools, technologies, and protocols that collectively make up web3 to consistently unlock new opportunities for our artists, songwriters, and fans to create and consume together,” adds Warner Music Group’s Chief Digital Officer, Oana Ruxandra. “This partnership sees us leaning in with the ambitious team at Authentic Artists as they build out unique communities at the intersection of music and technology.”

Authentic Artists says its music platform powers metaverse-native virtual artists, digital collectibles like NFTs, and interactive music experiences. The platform uses deep learning, a game engine, and blockchain technologies to achieve its metaverse vision. “The team is completely re-imagining the source, expression, and shared experience of music for audiences in the metaverse and across all connected stages,” reads the press release.

“Music is Authentic’s lifeblood, and we’re using new creative tools to awaken a deeper connection with music and each other,” says Authentic Artists CEO Chris McGarry. “We’re grateful to have the support of some of the most transformative brands and leaders in music and digital culture as we build the defining metaverse music platform.”

Mark Zuckerberg Wants One Billion People Inside the Metaverse

Meta Chief Mark Zuckerberg revealed in an interview this week that he hopes “around a billion people” will soon be active in the metaverse.

Despite the pandemic spurring an enthusiastic uptake of video conferencing services such as Zoom, and other technologies that create virtual spaces, not everyone is as enthused by metaverse developments.

Meta will continue to innovate in this area, however, and if the rise of Facebook and social media is anything to go by, it might not be long before we’re spending as much time in digital spaces as we are in physical ones.

Speaking to CNBC on Tuesday, Zuckerberg – who is currently the 15th richest person in the world – said that, in the second half of this decade, the metaverse could be a “considerable” part of the company’s business.

“We hope to basically get to around a billion people in the metaverse doing hundreds of dollars of commerce, each buying digital goods, digital content, different things to express themselves,” Mark Zuckerberg, Meta CEO

Zuckerberg explained that he wants people to spending on “clothing for their avatar or different digital goods for their virtual home or things to decorate their virtual conference room” or even “utilities to be able to be more productive in virtual and augmented reality, and across the metaverse overall.”

This sort of progression away from the relics of Web 2.0 and social media sites – of which Zuckerberg’s first, Facebook, is in sequential decline for the first time in its history – has been a long time coming.

For instance, Meta (which was then Facebook) paid $2 billion for Oculus VR in 2014 – but it didn’t quite take off as planned.

In 2018, however, Oculus executive Jason Rubin sent a 50-page document to the company board claiming that the metaverse was “ours to lose” in the next 10 years. Since then, serious time and money have been plowed into to making the idea come to life.

Other companies are taking it seriously too – Microsoft, Epic Games, Meta, and 33 other companies have formed a group for the metaverse, which will consist of “action-based projects” that support common standards.

Will the Metaverse Catch On? It’s Anyone’s Guess

The debate over whether there truly will be anything near to one billion people in the metaverse in the near future evokes fierce disagreement – and there’s evidence either way.

On the one hand, phenomena like the purchase of virtual land – by both real estate investors, celebrities, and ordinary people – illustrates that digital spaces can be valued in ways that someone a decade ago would never have been able to predict.

Plus, we many people do already spend a lot of time in interactive ‘digital spaces’. We play video games, we surf social media and we video call each other. They aren’t quite as immersive as the metaverse, but would it really be that big of a leap?

Others aren’t so convinced by the hype. “I don’t know if I necessarily buy into this Metaverse stuff, although people talk to me a lot about it” Elon Musk quipped last year, adding that he does not see a future where people want to stay put in the virtual realm.

Will We Ever Do the 9-5 in the Metaverse?

Recent studies of people working in VR environments have seen test subjects drop out due to nausea and anxiety. Physical side effects such as dry eyes, dizziness, tiredness, stiff necks, facial swelling, and skin issues were also recorded in participants, but this was largely put down to the bulky equipment, which still remains an obstacle to widespread participation.

Video conferencing apps like Zoom and Microsoft Teams, however, have started to incorporate metaverse-like features into their services with more immersive rooms. Microsoft Mesh for Teams for example, allows you to “Connect and collaborate with a feeling of presence through personalized avatars and immersive spaces”, as Microsoft describes it.

Will there be a day when everyone receives a VR headset in the mail, and suddenly, our whole society goes digital? It’s unlikely. Will we start to see more and more applications, software, games, and general life experiences that have “immersive” elements, taking us, for a time, inside the “metaverse”? It certainly looks that way. And if that’s the case now, who knows where we’ll be by 2030.

Metaverse madness: What brands are doing to cut through the noise

The marketing news cycle this year has been inundated with announcements from brands around their plans for the metaverse, the nascent idea of a channel that can blend real and virtual worlds seamlessly together. Activations have spanned packaged goods, quick-service restaurants, retail and fashion verticals and made platforms like Decentraland, The Sandbox, Meta’s Horizon Worlds, Fortnite and Roblox into household names (for marketers, at least).

Despite the flurry of activity, many brands have struggled to differentiate their metaverse activations, some of which seem like slapdash efforts thrown together to avoid missing the bandwagon. Still, well-executed plays represent an opportunity for brands to experiment with how they will be able to meet consumer needs in the future, whether it be through ties to real-world rewards, hybrid events or diversity and inclusion initiatives. Nearly six in 10 (59%) consumers are excited about transitioning everyday activities, like shopping and attending events, to the metaverse, with a similar number of metaverse-aware companies (57%) already adopting the concept, according to a new report by McKinsey & Company.

The metaverse is expected to be worth $5 trillion by 2030, per the McKinsey report — despite the fact that it doesn’t really exist yet. That expansion will support growth in e-commerce ($2.6 trillion), advertising ($206 billion) and gaming ($125 billion).

“The metaverse is about creating worlds and experiences that you want to go to, that you’re drawn to,” said Ginny Ziegler, Accenture’s chief marketing officer in North America. “It’s not going to be about better headsets, more realistic visual renderings, faster network speeds, more intelligent engines or the next TikTok or Fortnite… What’s really going to make the metaverse real is the adoption of the experiences that it enables and the propositions that it brings to life.”

Even in this nascent stage, the development of metaverse brand activities are shadowed by the market corrections and crashes impacting related areas including cryptocurrency and nonfungible tokens. As with any experimental marketing spend, metaverse activations will face questions over their degree of risk, budget allocation and outcomes. But that doesn’t mean that crashes elsewhere should impede experiments in the metaverse.

“If you’re aligned to the opportunity cost of what you’re going to put into the world, and if you’re actually creating opportunity for the community that you’re there to support, it’s probably a good bet,” said Hall Carlough, vice president and head of creative strategy at Web3 marketing agency Invisible North.

Below, Marketing Dive has gathered some of the most significant brand activations in the metaverse that point to how the space could evolve and meet industry expectations going forward.

Mark Zuckerberg Wants One Billion People Inside the Metaverse

Exclusive: Meesho to look at metaverse, web3, other blockchain use cases for e-commerce sellers, buyers

Bitcoin price drops to lowest since May as Ethereum market trades at 18.4% loss