China’s emergence as a global economy on the world stage is perhaps the biggest economic story of the last 30 years. During the last several decades, China’s industry has modernized, many of its tech companies have debuted on Chinese stock exchanges via initial public offerings (IPOs), and the nation’s markets and exchanges have opened to a degree to overseas investors.

China has become more and more integrated into the world economy. Yet despite this trend, China’s stock markets still sometimes move in idiosyncratic ways relative to other world exchanges. Due to short sale constraints, among other features, China’s exchanges have sometimes been prone to added volatility, with notable bubbles and busts occurring on the Shanghai Composite Index in 2007 and 2015.

How then have the co-movements of China’s stock exchanges developed over the last 25 years as the nation has become a greater presence in global markets?

To answer this question, we examined how correlations between the two major Chinese exchanges — the Shanghai Composite Index and the Hang Seng — and their counterparts around the globe have evolved. Then we divided the time periods into three categories — 1997 to 2004, 2005 to 2014, and 2015 to present — to see what sort of pattern emerged over time.

First, the Shanghai Composite has become much more highly correlated with the S&P 500 over the last quarter century. Between 1997 and 2004, it had a 0.08 correlation. In our most recent sample, the correlation coefficient soared to 0.47 and represents the greatest shift in co-movement over our entire study period.

The monumental jump in Shanghai Composite co-movements is not isolated to the S&P 500. The correlation coefficients of just about all the exchanges around the world, even the XLK US tech index, have all leaped with the Shanghai Composite between 1997 and the present. The one exception? Russia’s MOEX.

The question is why. What explains the increasing correlations?

Correlations: Shanghai Composite and the Hang Seng vs. Global Exchanges
August 1997 to December 2004

We believe it comes down to two factors or a combination thereof: the opening of China’s markets to the rest of the world and the growing presence of banking and tech stocks on the Shanghai Composite.

All told, China’s emergence on the world stage has shifted correlations across its stock markets. The Shanghai Composite is now much more correlated with global markets, having nearly doubled its correlation coefficient in just 10 years.

No similar trend has emerged on the Hang Seng, however. It’s correlation with most world exchanges has barely budged over the past 25 years.

Whether these correlation trends continue in an era of increased geopolitical competition will be something to watch for in the months and years ahead.

Derek Horstmeyer is a professor at George Mason University School of Business, specializing in exchange-traded fund (ETF) and mutual fund performance. He currently serves as Director of the new Financial Planning and Wealth Management major at George Mason and founded the first student-managed investment fund at GMU. 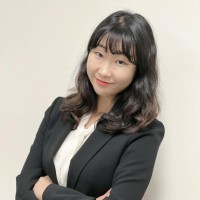 Juhee Hong is a senior at George Mason University pursuing her bachelor of science in economics with a minor in finance. She is interested in international economic development and financial markets. At Mason, she is working as a teaching assistant for the financial management course and is looking forward to using her skills and knowledge in the finance industry after graduation. 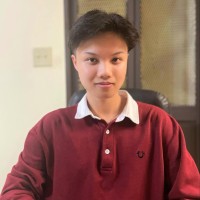