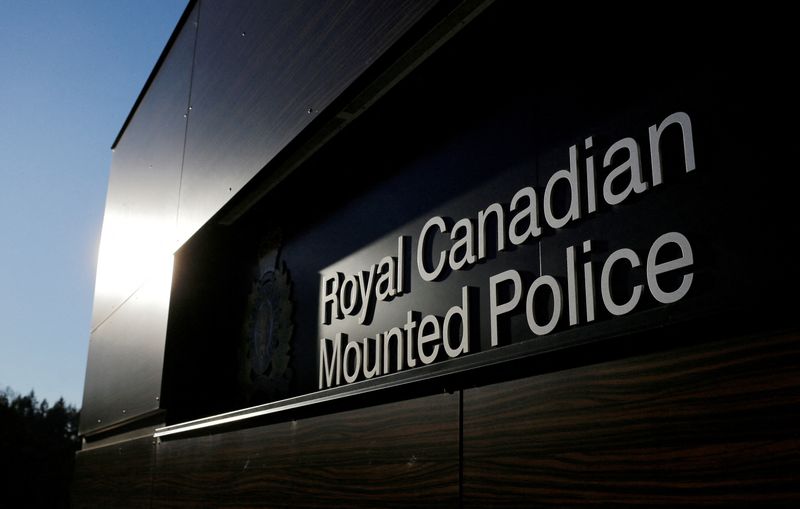 OTTAWA (Reuters) – The Royal Canadian Mounted Police (RCMP) has suspended a communications equipment contract that was awarded to a company with links to the Chinese government, a spokesperson for Canadian Public Safety Minister Marco Mendicino confirmed on Thursday.

Radio-Canada reported on Wednesday that Ottawa had awarded a contract worth about C$550,000 ($404,950) for a radio frequency filtering system to Ontario-based Sinclair Technologies in 2021.

The equipment’s uses include protecting the RCMP’s land-based radio communications from eavesdropping, according to the report.

Sinclair Technologies is a unit of British Columbia-based Norsat International, which was bought by Hytera Communications in 2017. Chinese state entity Shenzhen Investment Holdings Co owns about 9% of Hytera, according to Refinitiv data.

The U.S. Federal Communications Commission has Hytera on its list of foreign communications equipment and service providers deemed threats to U.S. national security.

News of the contract came as Prime Minister Justin Trudeau’s government has been highlighting the risks of foreign interference in Canada and challenging China with a new strategy for the Indo-Pacific region.

Trudeau on Wednesday said it was “disconcerting” that some parts of the government security agencies were advising to be very careful about foreign interference while other departments were signing contracts “that have questionable levels of security.”

Mendicino’s spokesperson said the contract had been suspended, but declined to provide details.

Sinclair and Hytera did not immediately respond to requests for comment.

Blur Gets Creative to Avoid the OpenSea Blocklist

China has not done enough on Sri Lanka debt…