Asset bubble identification is a common investment topic for news pundits, market analysts, and policymakers. Analysts hope to predict the next market crisis, yet bubbles are poorly defined. Therefore, many apply to bubbles former Supreme Court justice Stewart Potter’s definition of pornography: “I know it when I see it.”

Leaving this important phenomenon in the eyes of the beholder is unsatisfying. While there are many technical papers on bubbles and books about specific bubbles and crashes, a broad and detailed historical narrative grounded in a well-defined framework has been lacking. Boom and Bust: A Global History of Financial Bubbles, by economic historians William Quinn and John Turner, provides this missing piece.

The book is an achievement not only for its historical detail but also for supplying a unifying framework that can be applied to any future bubble event. Charles Kindleberger’s great work, Manias, Panics, and Crashes, is in a class by itself as an expansive treatise on the economic history of market extremes, but Quinn and Turner have produced an important book on the structural details underlying many significant market bubbles over the last 300 years. This opus will stand the test of time and may prove more insightful for finance readers than Charles Mackay’s often-cited classic, Extraordinary Popular Delusions and the Madness of Crowds.

Boom and Bust, a work of literary economics, is not just a set of stories of market extremes but a deeply researched and thoroughly documented review. It is a fine example of using historical observation to support a framework that can help describe future bubbles. Quinn and Turner’s scholarship does not so much unearth new facts as it filters information through a model of common bubble features. Their analysis exemplifies Kindleberger’s insightful remark, “Economics needs history more than history needs economics.”

Context and narrative lead to an appreciation of bubble dynamics that is often missing in mathematical approaches to the topic. At an extreme, the mathematical approach to bubble analysis can be seen in the work of the ETH Zurich Financial Crisis Observatory, which has developed models to measure asset bubbles in real time. Useful though that analytic work is, it provides no framework or narrative to explain the why behind the bubbles identified. Given the infrequent nature of extreme events, context is a prerequisite for understanding.

The authors’ framework begins with a metaphor of bubbles as fires that grow based on a classic triangular combination of oxygen, fuel, and heat. With enough of each ingredient, a spark can set off a long-lasting market inferno.

Quinn and Turner’s analogue to oxygen is marketability, the ease of buying or selling an asset. Marketability includes divisibility, transferability, and the ability to find buyers and sellers at low cost. Assets that lack marketability will never see the broad demand required to create a bubble. Marketability is increased by improvements in market structure, low-cost exchange trading, and the introduction of derivatives.

A bubble’s fuel is easy money and credit. Without cheap and bountiful funds for investment, there is no opportunity for asset prices to be bid higher. Excessively low interest rates create demand for risky assets as investors reach for yield.

The final side of the triangle is heat generated by speculation. This is defined as purchasing an asset without regard to its quality or current valuation, solely out of belief that it can be sold in the future at a higher price.

For Quinn and Turner’s metaphor to work, the market’s catching fire, it must require a catalyst — the proverbial match. History shows that bubbles do not occur spontaneously. Rather, there is invariably some cause that creates a strong belief in the prospect of abnormal profits. In many cases, the catalyst is a technological change. Government policies and politics, however, frequently create a new environment that fosters a belief in the existence of unusually high return opportunities. The authors also discuss how the media can serve as an important driver of investment narrative and opinion that can fan the flames of a speculative fire. The financial press is not always a voice of reason; at times, it is an accelerant.

The authors apply their framework to 12 cases, selected on two main criteria: (a) 100% gain price with a 50% collapse over a period shorter than three years and (b) substantial macro impact. They make no attempt to explain every large market move, financial crisis, or banking run. Each historic case follows a similar descriptive format involving causes and consequences. This approach bolsters the authors’ argument that from a spark comes a bubble fed by marketability, cheap money, and speculation.

Quinn and Turner’s 12 bubble cases begin with the classic Mississippi and South Sea bubbles and then continues with the windhandel stock extremes in the Netherlands, the Latin American emerging market bubble, railway mania in the United Kingdom, the Australian land boom, bicycle mania in the 1890s, the Roaring Twenties and the subsequent stock crash, the Japanese real estate bubble, the dot-com bubble, the subprime debacle, and Chinese stock bubbles. While these extreme market bubbles all burst, not all of them turned into financial crises.

This work is a variation on the financial instability hypothesis developed by Hyman Minsky, who described market extremes in terms of three stages of lending: hedge, speculative, and Ponzi. Minsky emphasized instability arising from stability that causes bankers to undertake risky and excessive lending. Quinn and Turner focus instead on technology and government policies, coupled with the fire triangle, as the conditions for financial market instability. Their framework and catalyst model move the discussion away from rationality versus irrationality to changes in structure that shift demand and supply for assets.

The fire triangle metaphor is an excellent device for clarifying common bubble factors, and the authors do a good job of focusing readers’ attention via their historic reviews. Researchers who have been grappling with bubbles for decades may, however, be left with a nagging sense that key details describing how speculation turns excessive are missing. Markets have gone through periods of varying degrees of structural change, strong marketability, and cheap credit that did not culminate in excessive speculation. Still at the heart of research on bubbles is the mystery of how so many individuals form abnormal return expectations. Attributing it to irrationality does not answer the question, why this time and not others? Without clarification of the causes of speculative heat, macroprudential policy will remain a blunt instrument.

The book’s final chapter addresses the current environment, policy issues, and the lesson that investors need to be fire-safety inspectors who focus on the bubble triangle, catalysts, and the incentives that drive behavior. The current run-up in cryptocurrencies displays all the fire triangle features — marketability, easy credit, and speculation, coupled with the catalysts of new technology, lax regulation, and a press that creates buzz. As usual, though, vital questions remain unanswered: why now, why so extreme, and what will cause a bust? Will the crypto craze be certifiable as a bubble only after the bust, and will it create large spillover effects in the real economy? Answering these questions is beyond Boom and Bust’s scope, yet the book represents an important addition to any bubble discussion through its meticulous narrative of past market extremes.

Can reading Boom and Bust help the reader profitably predict where the next bubble will occur or when it will go bust? Unlikely, but the book can enable investors to recognize the conditions necessary for a bubble and to know where to look. 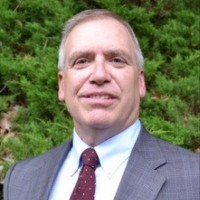 The 5 Best Cybersecurity ETFs To Buy in 2023